Mladen collection army camouflage jackets are windproof, warm, and designed to meet everyday combat needs. Our army jackets for sale are made with top-quality material and can be customized to fit your design requirements. We’re the army jacket wholesaler and manufacturer you trust to supply you with sophisticated and comfortable military outfits. Get in touch with us today to start manufacturing your customized army jackets.

As an experienced military jackets supplier, we can cater to the special needs of all clients, such as design pattern, Anti-detection, anti-chemical, anti-bacterial, anti-radiation. 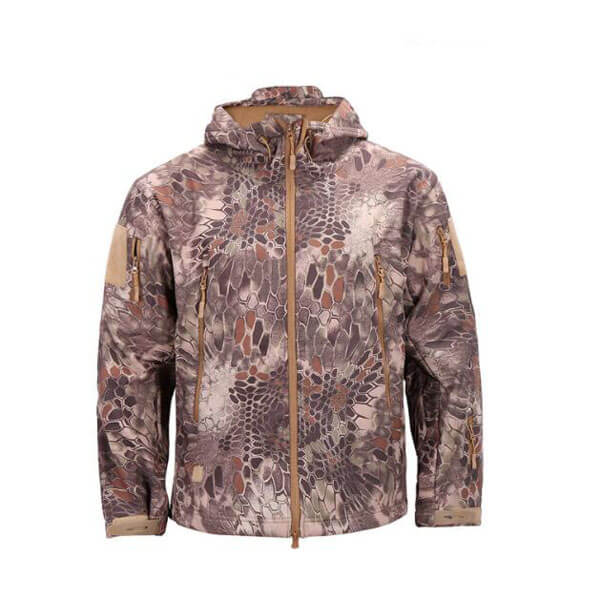 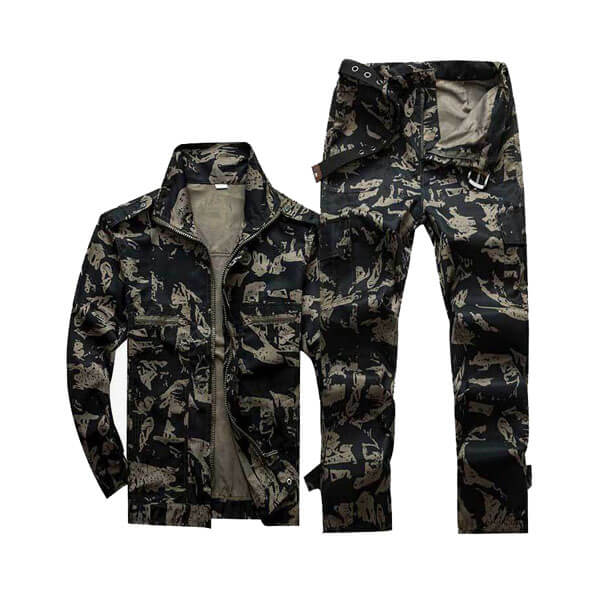 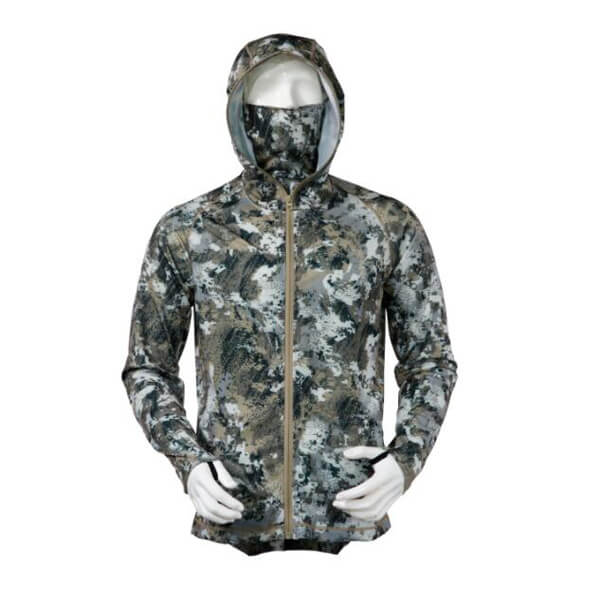 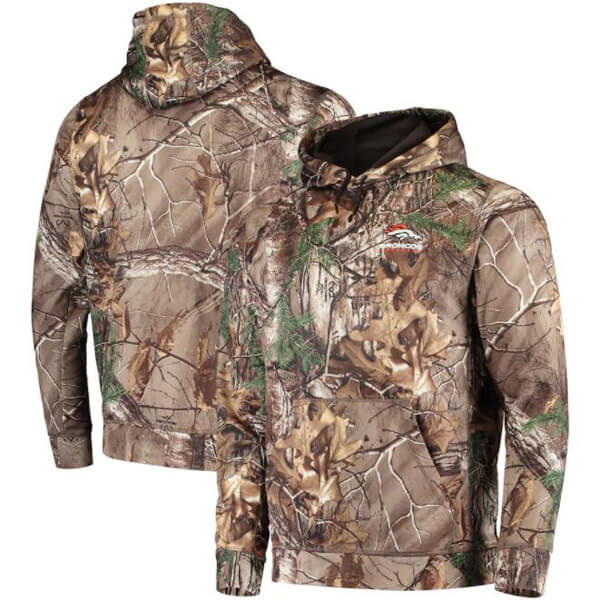 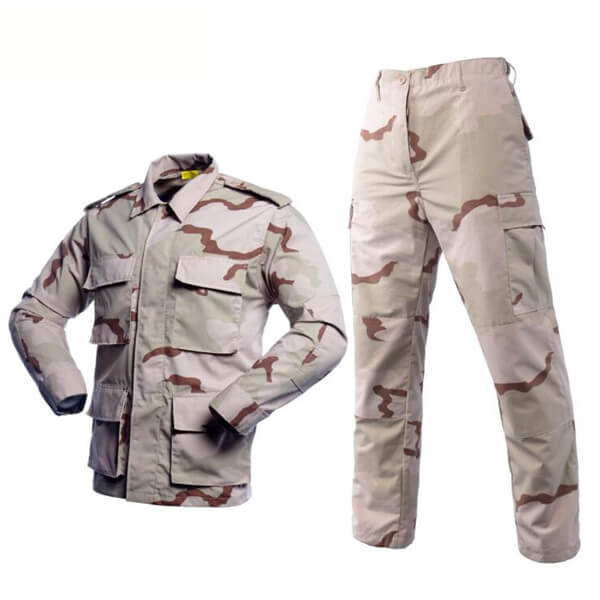 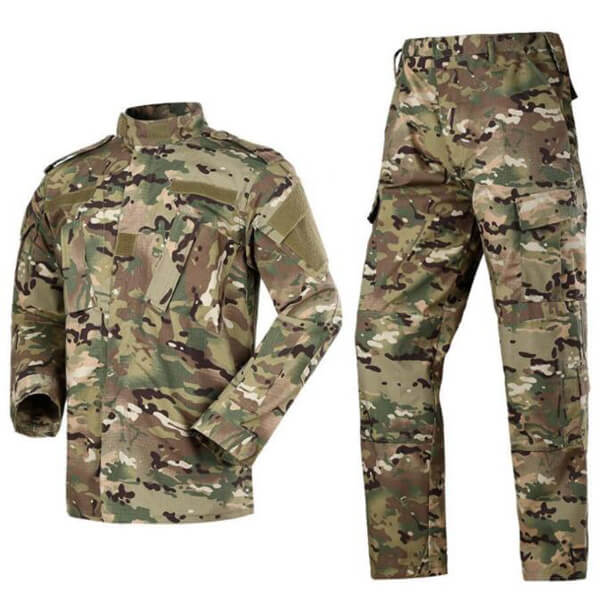 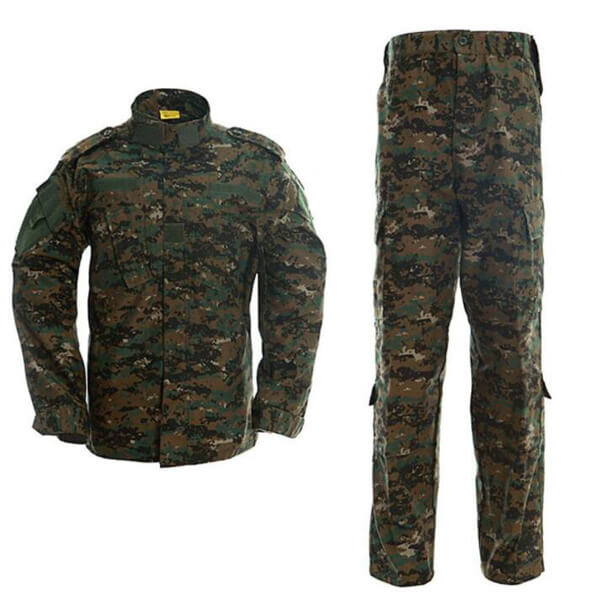 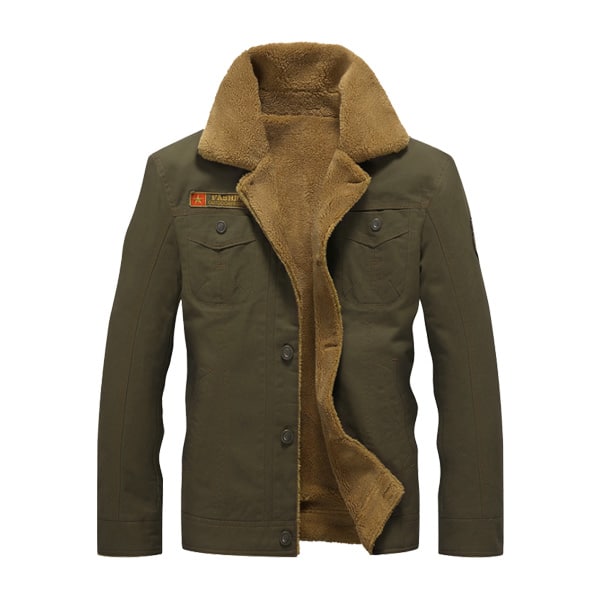 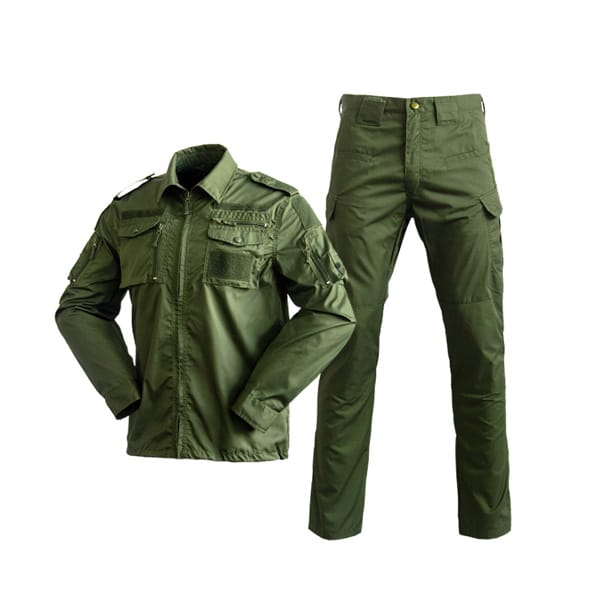 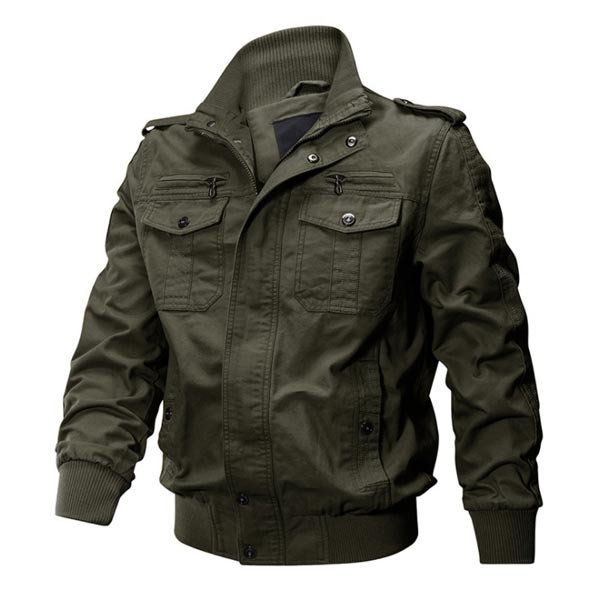 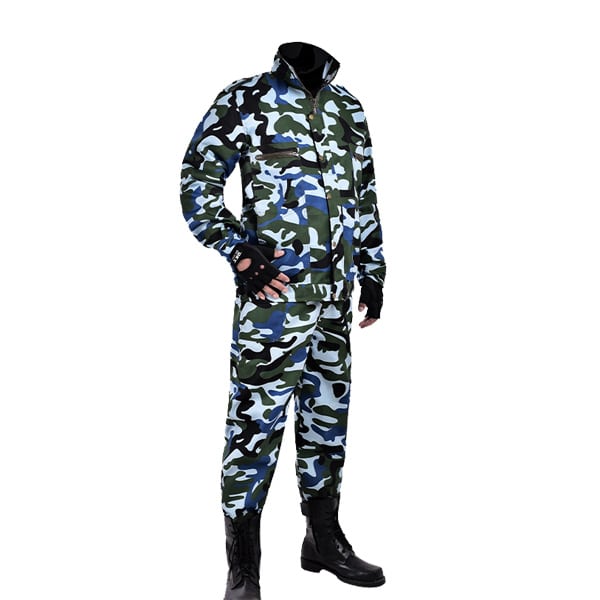 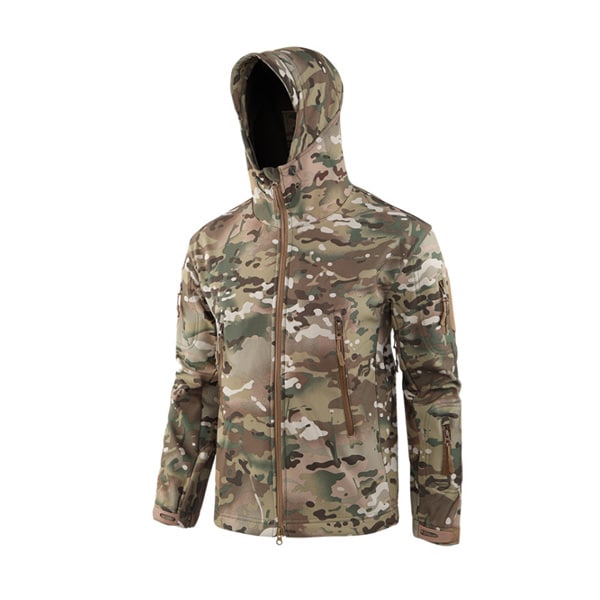 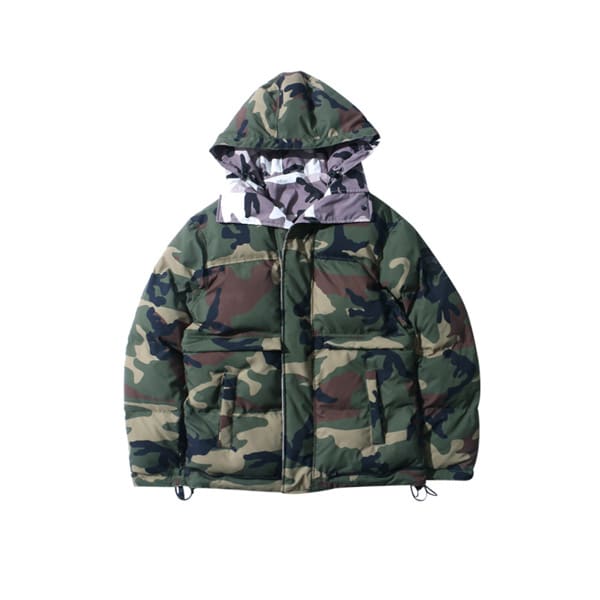 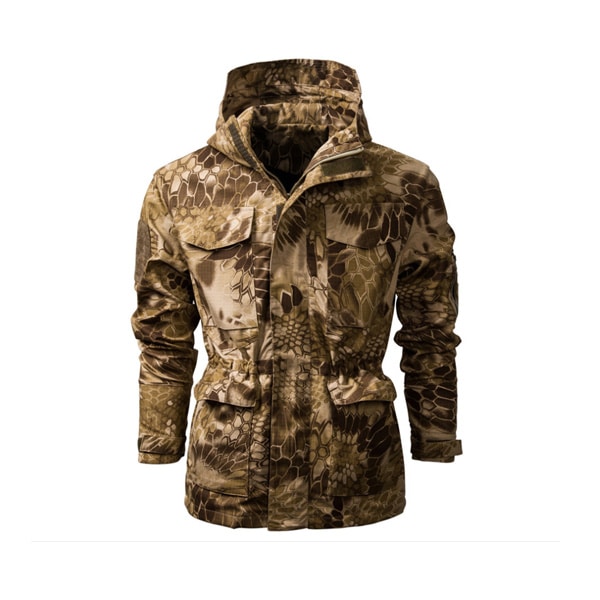 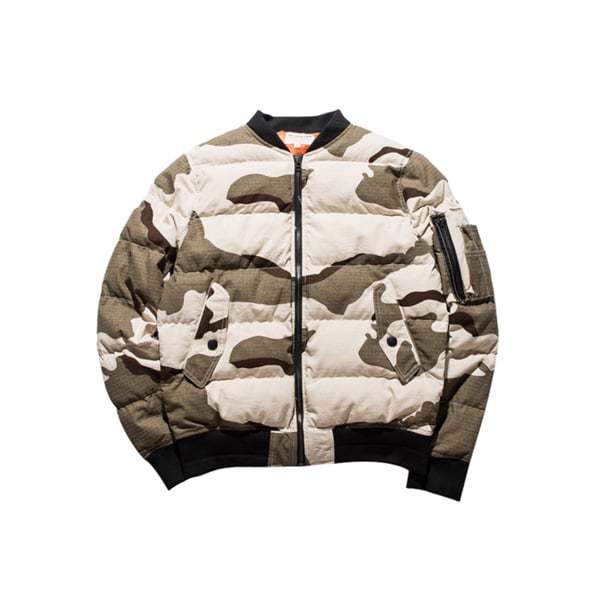 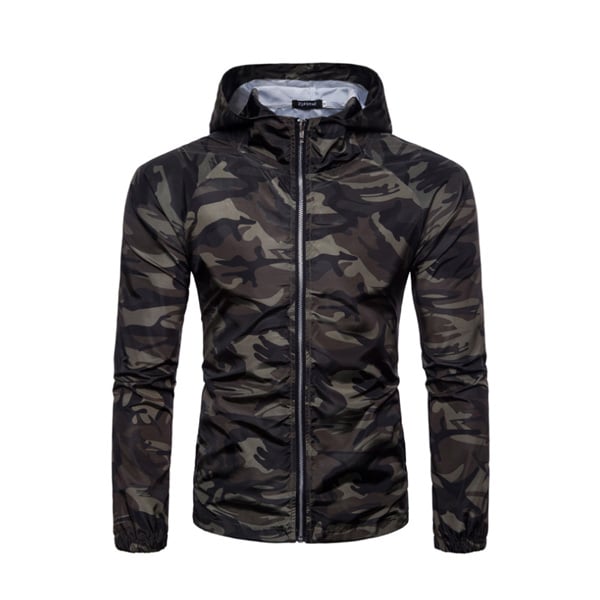 Still not finding what you’re looking for?
Contact our consultants for more available products.

Military uniforms require the toughest fabrics that can withstand the elements while being comfortable to wear. We manufacture army jackets with the best quality fabrics in the market to ensure maximum protection. As a customer-centric military uniform manufacturer, we can also use your specified fabrics for production.

Unlike other clothing factories in China, when we say wholesale, we mean exactly what we say. We offer a low MOQ combined with the best army jacket wholesale price you’d find in the market. Furthermore, we also offer the best prices for small batch custom production, and we never compromise with the quality of your package no matter what.

Our clothing manufacturing services allow you the flexibility of customizing your army jackets to your design pattern. We understand that military units have design specifications that enhance functionality and comfortability; that is why we offer 100% bespoke production. You can also share your label designs for printing and embroidery.

We have a professional team that understands the importance of customer satisfaction and strives to meet your needs every step of the way. You can also reach our customer service representative anytime of the day if you have questions or need more information about our army jacket manufacturing service.

We’re the military jacket manufacturer and supplier you can trust to deliver on time according to your size and design specifications. Mladen Garment’s army jackets are made of soft and genuine fabrics that offer 100% protection from outdoor elements. As a renowned clothing manufacturer in China, we’ve made sure the look and feel of our military jackets is second to none. Smooth detailing, breathable trims, sleek wrist cuffs, waistband, and patch pockets are some of the best features that adorn our army jackets.

Although customizable, our jackets provide a comfortable fitting and unmatched durability. Let us design, customize and manufacture your army jackets and full khaki uniforms with attention to detail.

Wholesale Army Jackets – You Can Rely On

Quality jackets made for combat

Mladen Garment has been manufacturing army jackets for years and understands the requirement for superiority in quality. We manufacture and supply a wide variety of army jackets and military uniforms at wholesale prices and ship worldwide. You can wear our army military uniforms for combat exercise, training, combat drills, and more. Discover the uncompromising quality and comfort our army jackets provide as you take on your military activities.

You’ll quickly notice the sleek shirt-like collars and well-tailored hoods on or designs that help keep you safe from weather elements and deliver unmatched freedom for combat activities. The quality of our army military jackets are widely appreciated worldwide because we maintain great wholesale price and deliver on time. We are very much interested in working with you to develop a customized military uniform for your combat and non-combat forces. Wondering why you should choose us?

We assure you that you’d not find a more reliable army jacket producer and supplier in China than Mladen Garments. We’re always available to review your design requirements to provide a quote.

A camouflage coat is a camouflage army jacket that uses blocks of color to make the soldier’s body blend into the background color.

Now wearing military jackets is not for army use only, the man on the street can have it. Because of the tough temperament of army jackets, Camouflage is suitable for establishing strong and tough manhood, so men all like it very much. As a fashion trend, Camouflage is worn by successful men. It always attracts a lot of envious eyes

There are several kinds of camouflage:

A camouflage garment made up of irregular patterns of green, yellow, brown, black, etc. The camouflage requires that its reflected light waves be roughly the same as those reflected from the surrounding landscape. It can not only confuse the enemy’s visual detection but also deal with infrared detection, making it difficult for the enemy’s modern detection equipment to catch the target.

The first camouflage color uniforms were used by the British army. In December 1864, British Captain Harry Barnett Ramsteen organized a British Army Scout, in making uniforms for soldiers, Ramstein noticed the local yellow soil exposed in wild, large characteristics of the wind and sand, to facilitate camouflage reconnaissance, they made a decision to use khakis uniform.

In later combat operations, the uniform played a better camouflage effect. The war made European countries realize the importance of camouflage on the modern battlefield, and they changed the bright colors of military uniforms to green or yellow to achieve the purpose of concealment. In 1943, Germany equipped some of its soldiers with three-color camouflage uniforms, which were covered with irregular patches of three colors. On one hand, these patches distorted the contour of the human body.

How to start an army jacket order with us?

1- Send us your sample and let us know the feature of your fabric, as we all know, military jackets requires strict requirement on fabric, so , it’s better to let us know the specification of your military fabric

2- If you are an outdoor training company, you can let us know the type you like, and we will suggest suitable camouflage to you.

3- Confirm the type of camouflage and feature

5- Make a sample of fabric and accessories. We will send it to SGS or Intertek to test before make a jacket sample

8- Package: according to your requirement

I maxed out my credit card, and finally waited until you looked back. There is a button to see how much I love you. Would you like to press it?

Wholesale jackets can be returned without any reason if they are unused and do not harm the interests of the next customer.

We have fixed cooperation with fabric suppliers and trims suppliers. All of our suppliers are professional factories.

We have our own import and export supply chain system. Telling us your address, we offer free shipping service worldwide.

Our sales manager will be responsible for you when your garment is in process of bulk products and will send the videos of the production line to you from time to time.

We are professional OEM&ODM garment manufacturer in China, we mainly produce jackets, uniforms, and shirts.